The Majura Football Club was incorporated on the 21st of May 1981, but originated from two of the earliest junior soccer clubs in North Canberra:

Initially the club operated out of a little caravan but lots of hard work and fund raising by a dedicated bunch of volunteers enabled the club to acquire its own clubhouse. 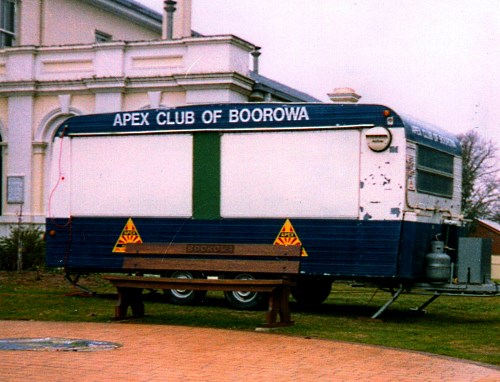 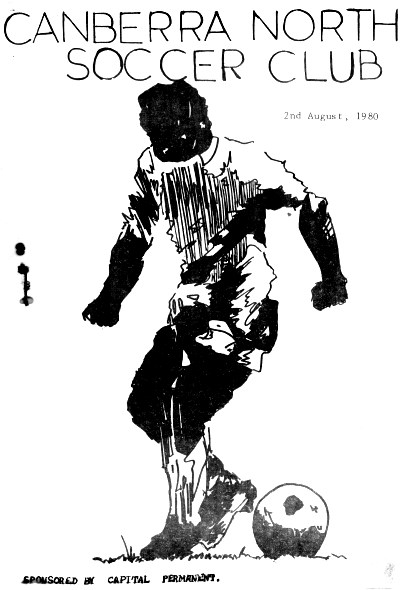 First Edition of the Newsletter

The first issue of the Majura Football Club newsletter was published on 21 January 1987. 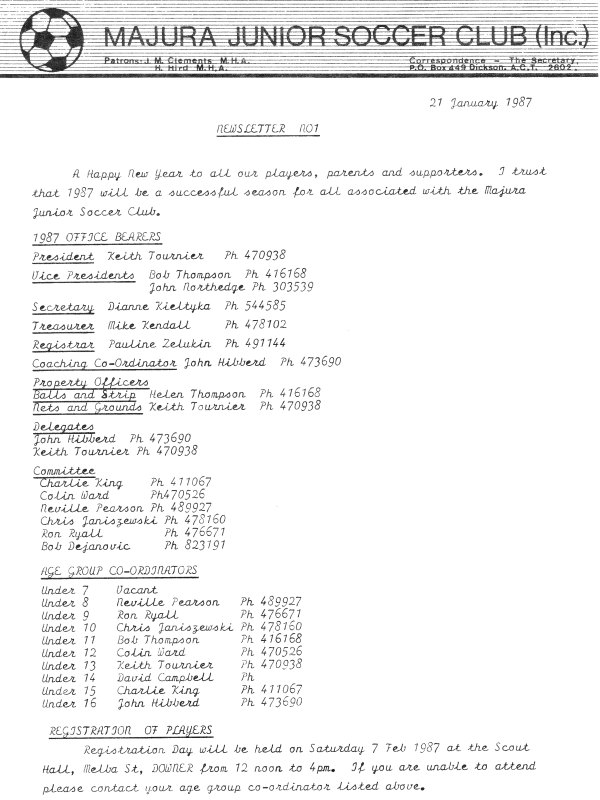 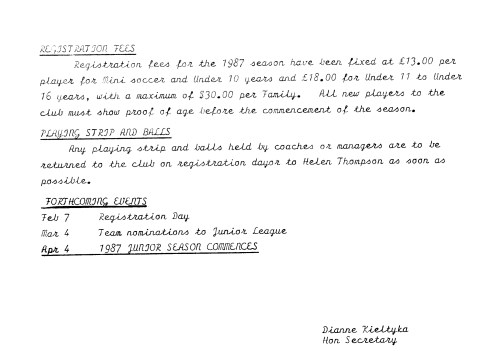 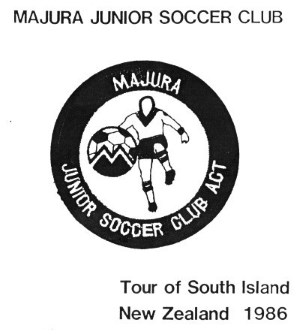