Majura Football Club is a vounteer run organisation which depends on its members to operate. Each Saturday throughout the season therefore, each team is requested to support the club by assisting with running the BBQ, working in the canteen or setting up/packing up the fields (nets, cones, flags etc).

Team managers are asked to coordinate volunteers from their teams (e.g. parents or guardians of players) and ensure that sufficient people attend when it is their team's turn to assist (refer to roster below).

There will be a Majura FC committee member present to show you what to do. Children under the age of 15 are not allowed to help out with this activity. 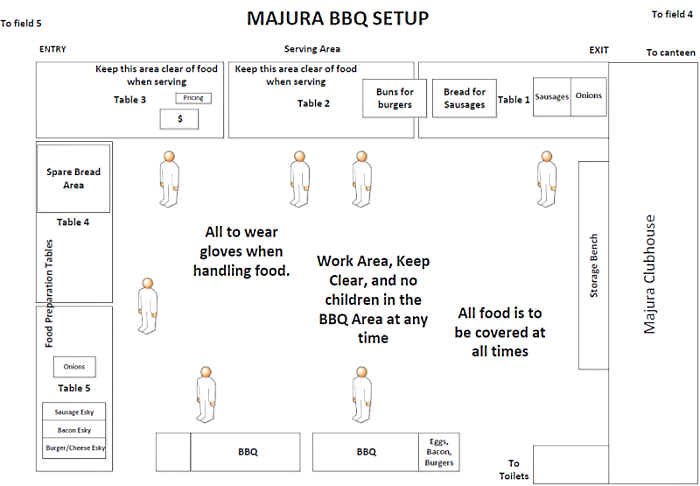